It seems that every blog out there has a piece like this that justifies its existence. And in a sense that’s fair because anybody with an internet connection and a computer can start a blog in an attempt to gain some fame or recognition in the world. I fully acknowledge that in a very real sense, I represent yet another addition to the herd of people who have ventured to put their unsolicited thoughts out into the world. So why should I ask you, presumed reader, to take time out of your day – your most precious resource – and spend it reading my hopefully coherent musings on movies?

The truth is, I’m not sure.

All I can point to is my original inspiration for starting this blog, and hopefully you find that interesting enough to continue reading. If not, then at least it will be a helpful exercise for me.

So my main inspiration for starting this movie blog is mainly this:

I currently own eighteen hundred movies.

Yes. That is a lot of movies. That is a ridiculous amount of movies. You might say, nobody needs to own that many movies. And honestly, I’d probably agree with you on that. But that’s besides the point.

This collection has been mostly amassed because, as my parents will readily attest, I have always had a penchant for collecting things. In my childhood home you will find decent collections of stamps, coins, key chains, postcards, magnets, full runs of book series, full sets of action figures, and literally a half-dozen other categories of things my parents have had to put up with. They drew the line on comic books because they smartly realized opening that Pandora’s box would inevitably leave them completely and totally in debt. But while I have always had an inherent joy in amassing stuff, my interest in the particular thing being collected would wane as newer, shinier things would pique my interest.

This has been true about everything except movies. I started with a modest collection of mostly Disney VHS tapes that had been given to me as gifts, and I slowly but surely got lured into the magic that is the movies. My movie collection grew modestly at first. A lot of that had to do with the fact that VHS tapes were not cheap, the kinds of movies I had access too was limited growing up in Malaysia, VHS tapes take up so much space, and I was ten and all my income was entirely dependent on my parents who spent a great deal of their time curbing my worst collecting tendencies.

And one thing has not changed. I still really, really love movies. All this has created the perfect storm. Hence the seventeen hundred movies.

Now my wife has been extremely accommodating in all this. Having realized, like my parents did, that I am a hopeless collector of things she has accepted (or resigned) herself to the fact that this is my great vice. And as she says, there are much more trivial and much more expensive things that I could have collected so all in all, an insane movie collection amassed over a decade is not the worst thing in the world.

But still, it started to weigh heavily on me that even by my standards, my collection was approaching insane levels. And so in an effort to curb the rate of my collecting, I decided that maybe instead of collecting physical media I should be collecting my experiences with the movies. I have spent so much time consuming movies (some 2500 at time of writing) and not a whole lot of time reflecting about why I’ve enjoyed what I’ve enjoyed, why I’ve hated what I’ve hated, what I’ve learned through watching the movies, how I’ve disagreed with what I’ve seen, and so many other ways of thinking and talking about the movies.

And so this blog. My goal through this blog is to go through every single movie that I own (or will ultimately own) and talk about it from a critical standpoint.

As I said at the beginning, hopefully some of this might be interesting to you. Presumably you’re reading this because you know me somehow and have out of pure obligation decided to check me out. Or maybe (but very unlikely)  you have discovered this blog searching the depths of the internet and your interest in movies has caused you to read this far. In either case my hope is that reading this blog might turn you towards discovering the movies for yourselves, might lead you to a hidden gem that you had not heard of before, or might make you morbidly curious to check out something that I’ve absolutely hated and yet somehow own. Whatever it is, I hope I make it worth your while to check out.

Now a final couple of things about me before I head out:

I think that’s about it. Thanks for checking it out. Enjoy. 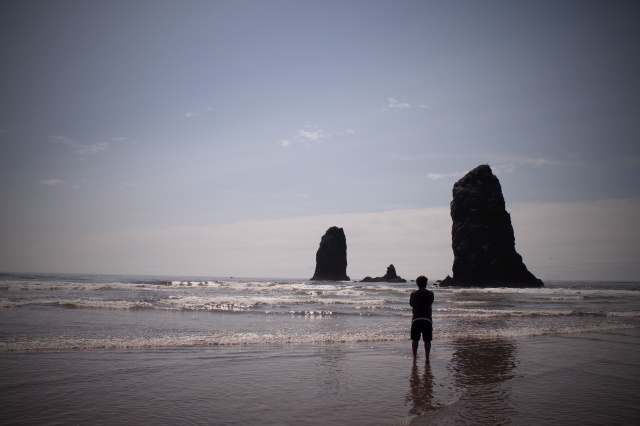 One thought on “About Me”