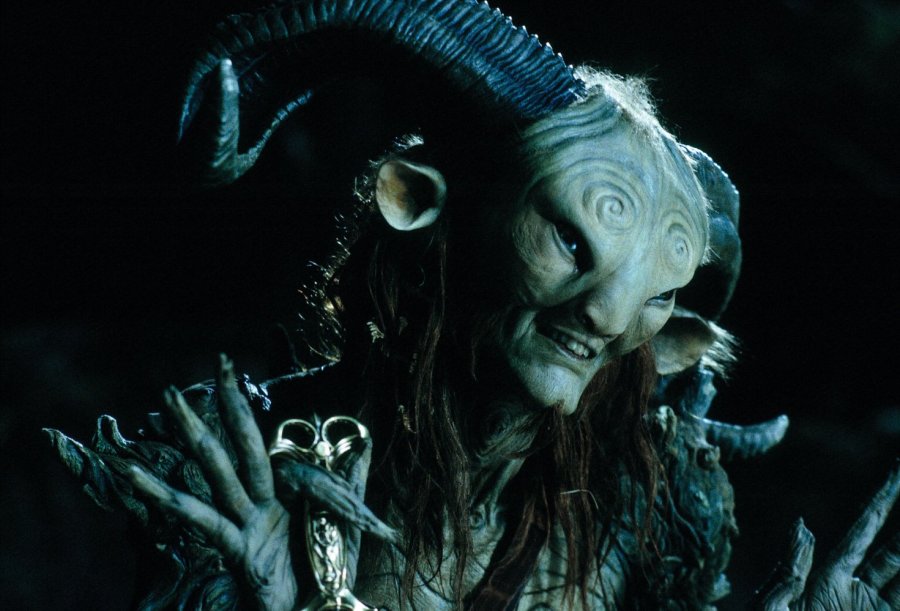 Over the course of three decades Guillermo Del Toro has built up an impressive and unique resume. He has been one of the few directors out there who has made a career out of doing genre fare (Blade II, Hellboy movies, Pacific Rim), straight-up horror movies (Mimic, Crimson Tide), and movies that have won him accolades among critics and the art film crowd. Every single one of his movies is a showcase of incredible production design, creating some of arguably the most iconic looking monsters and ghosts of the twentieth-century that are as beautiful to look at as they are haunting. In short, he has  earned his place as an appointment-viewing director. It is still one of the great tragedies of cinema that we never got to see him make The Hobbit, but fortunately as this list below shows, he has done more than enough over the years to inspire our fantasies and fuel our nightmares: 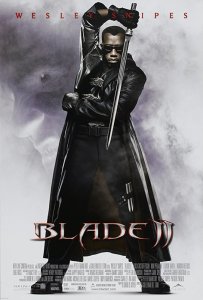 Blade II is the first comic-book adaptation for Guillermo Del Toro and it is also the only movie he’s made so far in which it seems like he’s playing with somebody else’s toys. A sequel of the cult hit Blade the movie functions more as a Wesley Snipes vehicle as the vampire-killer more than a Del Toro film. It is arguably better than the original but this is not saying much as the movie leans heavy on the exposition and mythology while being punctuated by some heavy-CGI fight scenes. It is entertaining in the way most B-movie genre films are as this sequel ups the ante by adding a zombie element to the usual vampire fare. But unfortunately it is nothing more than a high budget B-movie.

This movie is an enigma as the casting and storyline of the movie just screams 90s Hollywood, with overblown characters, cheesy dialogue, and annoying child actors. And while the movie does not do anything to change the formula of pseudo-scientific creature features, it is also a showcase of Del Toro wondrously idiosyncratic style and design. The film tells the story of a genetically modified breed of cockroaches that were originally created to kill of infectious vermin only to evolve into a much more potent threat to humans. It is easily his most “jump-scare” horror movie and thus most surface-level movie. But while the bones of this film are entirely forgettable, this is also the first true American showcase (with the budget to boot) of the sublime and ridiculously whimsical design of Del Toro’s films which raises the movie slightly above its creature feature status. 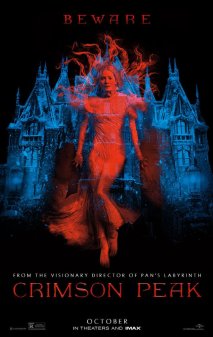 When Crimson Peak was finally released it represented his first true horror release in more than a decade, and some of the rust shows. The story is one straight out of the gothic horror playbook as Mia Wasikowska plays a young heiress who falls under the spell of a English baron who convinces her to come live with him in his manor Crimson Peak. Most of the individual elements of the film, from the performances of the main leads to the impeccable production design which results in one of the great movie haunted houses work in isolation, but ultimately don’t come together. And this is because the story keeps yearning to be something profound but can never really escape its genre trappings. It all congeals to create and undeniably beautiful picture that feels ultimately diversionary.

Apart from maybe Terry Gillam, I cannot think of a better director to adapt the twisted gothic world of Mike Mignola’s creation than Del Toro. And fortunately this dream pairing pays of in spades as Del Toro’s Hellboy movies represent the most visually interesting and anarchically plotted superheroes that we have been graced with. And to make it even more perfect, Del Toro decides to use Hellboy to showcase his MVP Ron Perlman. Suffice it to say that the upcoming Hellboy reboot is going to have a lot to live up to. The only reason why this film is relatively low on the list is because it seems that Del Toro, in trying to create a blockbuster superhero movie, tames down the weirdness ever so slightly by introducing a vanilla-bland FBI agent to be our window into this crazy world, which ends up dragging what should be a surreal tale ever so perilously into the world of the conventional.

One of the best directorial debuts of all time finds Guillermo Del Toro arriving on the scene fully formed as an auteur. Cronos displays so clearly the very unique space that Del Toro occupies at the intersection between genre film and art film. An old antique dealer finds an ancient object in his shop which bites him. This bite has the effect of giving him renewed vitality and immortality, with the only caveat being his newfound taste for blood. Naturally as you might surmise, things take a macabre turn after that. The movie is an exercise in style as much as it is a traditional gore fest with a heavy dose of mythology and religious undertones while featuring fantastic acting by Federico Luppi and Ron Perlman. In other words, all the makings of a great movie.

After the minor fiasco that was Guillermo Del Toro appointment and departure from the Hobbit movies, by his own admission he needed to just direct something. And fortunately for us, that something was this completely over-the-top robots vs. monsters smash-em-up. The movie has no ambitions of being anything beyond a dumb action movie. However unlike other movies that are intentionally kind of dumb movies, what sets Pacific Rim apart is the absolute dedication by everyone in the film to take this as seriously as possible. Every actor from Charlie Hunnam to Idris Elba play their ridiculous roles as straight as they possibly can (well, every actor except Rob Perlman, but we can forgive him that). The robots and monsters receive the same meticulous attention to detail that every other Del Toro movie has. And most importantly, this movie just oozes style, shallow as it may be. It is simply one of the best dumb action movies ever made. 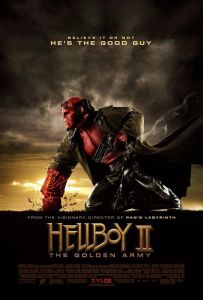 For some reason superhero franchises (almost) always seem to hit a higher (and better) gear in the second outing and this is certainly true with Hellboy II. Freed from the need to establish the foul-mouthed and ill-tempered superhero, the second instalment could simply embrace its inherent weirdness. This started with chucking out the aforementioned vanilla FBI-agent and inserting Johann Krauss, a German psychic with an ephemeral body that occupies an old diving suit, instead. With Krauss and Hellboy joined by the amphibious Abe Sapien and the pyrokinetic Liz Sherman the movie quickly becomes an oddball super-team movie with a heavy dose of steampunk fantasy. In other words, it is just an awesome time.

In what will be a common theme from here on out, Del Toro’s greatest successes happen when he elevates his genre instincts to art film sensibilities. In this case The Devil’s Backbone is at one level an atmospheric ghost tale with many a scene that might make you duck underneath your sheets. But at another level, it is a politically charged film against fascism and the way it creates oppressed people. Federico Luppi plays the caretaker of a small orphanage home caught in the middle of the Spanish Civil War in which he is forced to eschew any sense of morality for the sake of survival. Into this brutish reality arrives a new orphan who soon finds that the bed he occupies may in fact belong to the mournful ghost of another. And thus the movie becomes not just an exercise in terror but an elegy for the innocents of war.

The Shape of Water is simply unclassifiable as a movie. It has all the trappings of a monster movie with an Amphibian Man, hordes of scientists, scientific experimentation, and a heavy dose of government agents. But it is also at heart a movie about Elisa Esposito (Sally Hawkins), a mute janitor who seeks to find some form of relational connection in her isolated world. And on top of that are meditations about the past, both in the way we perceive it and the way it actually was. It is a mournful story, but told in such a buoyant way. Visually, it contains some of Del Toro’s best work and from beginning to end is an absolutely mesmerizing movie to look at. Of all the films on this list, The Shape of Water reveals the confidence of a director who absolutely knows just how good he is at his craft, and that confidence shows.

For most of us Pan’s Labyrinth is the moment when we all stood up and took notice of Guillermo Del Toro and for good reason. It is an astonishing fairy tale with all the visual delight, creativity, and wonder of a Disney film but whose story instincts find it more in line with the Grimm brothers. It tells the story of Ofelia who travels with her mother to meet her new stepfather, the monstrous Francoist Captain Vidal. While trying to stay out of his way, she stumbles into a magical world where she is given three tasks in order to attain immortality. The tasks are perilous and the creatures she encounters are equal parts fascinating as they are nightmare inducing. But is speaks to the power of this film that the most monstrous creature of all in this movie is not any mythical creature but rather Vidal himself. The results are a fairy tale that moulds with brutish reality to create something that is ultimately spellbinding.