This year I did something I have never done before. I plopped myself in front of a computer at 8:19 am sharp and streamed the Oscar announcements, finding myself completely engrossed as they announced the nominees. There are two reasons why I had never done this. The first is that for many years I lived on the West Coast, and that 5 AM wake-up time was just too prohibitive for me to care enough. But the second reason is that I’ve had historically had a tenuous relationship with the Oscars dating back to my outrage that Saving Private Ryan got pipped by Shakespeare In Love. The Academy is notoriously an institution that gets it wrong time and time again. I always find it ironic that in most of the movie montages they put together for the ceremony, there are a plethora of iconic film moments from movies that didn’t win Best Picture while the winners are strangely absent. So for the longest time whatever pleasure I derived from watching the awards came from griping about how wrong and out-of-touch the Academy was.

But then something strange happened. In the last few years, starting with 12 Years a Slave in 2013, they started to get it right (at least according to me). In recent years more movies that I would have considered worthy of the prize started to get nominated at the expense of traditional “Oscar-bait” films. And then for three out of four years, the movie that I had put at the top of my list shockingly ended up taking home the award (with the only exception being Birdman which I still had in my top 3). There were only two explanations for this: Either the Academy was evolving and becoming more relevant as a judge of movie quality, or as I increasingly approached the average age of the Oscar voter I was shockingly becoming out-of-touch. Understandably, I choose to believe the former.

But that is how I ended up in front of a computer eagerly listening to Tiffany Hadish and Andy Serkis announce the nominees. And now that the dust has settled, let me detail all the things that I was excited, surprised, outraged, and relieved about this year’s slate of nominees:

RELIEVED: Academy’s Commitment to Diversity is Apparently Not a One-Off 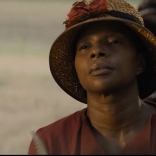 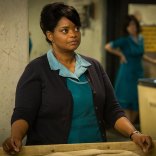 Octavia Spencer in The Shape of Water 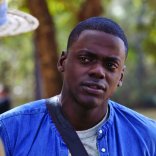 Daniel Kaluuya in Get Out

When Mahershala Ali and Viola Davis won for Best Supporting Actor and Actress last year and Moonlight won for Best Picture I was overjoyed. Just one year removed from the #Oscarssowhite controversy, it seemed that the Academy as a whole had listened and sought both through intentional restructuring and through their actual votes to try and reflect a more accurate picture of America. But a little part of me was wary that after one year of patting themselves on the back they would go back to their old status quo, especially since there weren’t as many standout roles for minorities this year. Yet here we are with four non-white nominees in Mary  J. Blige and Octavia Spencer for Best Supporting Actress and Denzel Washington and Daniel Kaluuya for Best Actor. While I doubt any of them will win this year and I hesitate to say we are step forward from last year, we have at least not gone backwards. And that is a relief.

The Shape of Water

Anyone who knows me (or has read anything I wrote in October) knows that I love horror movies. And anyone who knows anything about the Academy Awards knows that the Academy generally does not appreciate horror that much, relegating horror movies as mere “genre” films. Only The Exorcist and The Silence of the Lambs previously had managed to break down the Academy’s prejudices to garner nominations (and a win for Silence of the Lambs). Yet here we are today staring at not just one but two movies that are horror movies in Get Out and The Shape of Water. Get Out is an awesome horror comedy, no matter how Jordan Peele tries to spin it otherwise. And ok, fine, The Shape of Water is a bit of a stretch as a pure horror movie, but its entire existence is an homage to the classic monster movies of the 40s and 50s so horror is in its DNA. The very fact that this is the movie leading the way with 13 nominations is still blowing my mind.

OUTRAGED(ISH): Wonder Woman is Shut Out

I am outraged(ish) that Wonder Woman, which occupied such a huge piece in the public consciousness in which there was so much talk about potential Oscar nods in everything from Best Picture to Best Director to all the below-the-line categories, is completely shut out. But I am only outraged(ish) because while Wonder Woman was a really good super-hero movie, I just can’t see it being overwhelmingly outstanding in any of the categories that they might have garnered nominations in. I can’t really argue for its place amongst the technical categories because I do objectively feel like the nominees were better. Patty Jenkins was always going to be an extremely long-shot in the absolutely packed Best Director category (and with Greta Gerwig taking most of the “nominate a female director” energy with her). The same is true about Gal Gadot. So in the end the only place the film might have gotten a nomination is in the Best Picture where only nine out of a possible ten slots were given out. But even then, it would have been nothing but a consolation prize in the end. So I’m outraged, but not too much.

While Wonder Woman was shut out completely, the pain of that was slightly mitigated by the absolute shock I had when I heard Logan being nominated for Best Adapted Screenplay. I cannot overstate just how big a deal this is. For as long as super-hero movies have been in the mainstream, they have been sneered at by the Academy. Previous objectively great super-hero movies like The Dark Knight and Deadpool that garnered widespread praise have found themselves on the outside looking in come awards season. And while Logan is more Western-noir than super-hero flick, there was always the chance that the academy would find a way to relegate to to being a mere silly little comic-book film. For Logan to be nominated at all was a long shot, but to garner its nomination in one of the major awards categories is nothing short of monumental. It won’t win of course, but the fact that a silly little comic-book movie whose adapted material is a from a silly little comic-book made it to the party is a fantastic legitimizing moment for the genre and hopefully provides the template for more silly little comic-book movies to enter the fray.

As Seth Meyers so elegantly pointed out in his monologue at the Globes, The Post, which is a movie starring Tom Hanks and Meryl Streep that is directed by Steven Spielberg and is about the integrity of the press, should be a shoo-in for all the awards. It is practically screaming Oscar bait. But that didn’t happen. The movie garnered one seemingly-contractually-obligated nomination for Meryl Streep and an “honoured-to-be-here” Best Picture nomination. And the most shocking thing is that for close to a half decade something similar has happened where the Academy has not bitten on the obvious Oscar bait, and we are all the better for it.

SURPRISED and EXCITED: Baby Driver Makes it to the Party With Three Nominations

Baby Driver is awesome. It is probably too awesome for the Oscars. But here we are. Awesome.

Look I haven’t seen The Boss Baby so I really can’t judge its quality (although nothing from the trailer made me remotely interested to see it). But the fact is that it has taken LEGOBatman’s place and for that, it must earn my scorn. Also with this and The LEGO Movie’s snub in 2015, it is just clear that the academy currently has a bias against those plastic bricks and this bias must be protested vehemently.

When the Golden Globe nominees for Best Director were announced it was another all-male slate of nominees and I feared that this was going to be the precursor of an awards season with potentially horrible optics. This is because both Lady Bird and Get Out were extremely well-reviewed and well-received movies that were created by exciting new directors. The chances of the fifth ever female director (Greta Gerwig) and fifth ever black director (Jordan Peele) to be nominated for a Best Director Oscar were suddenly in jeopardy thanks to the Hollywood Foreign Press Association. There was every indication that come nomination time, the voting body had opened the door to screw it all up. But thankfully, cooler heads prevailed, and now we get to sit back and celebrate Gerwig and Peele’s momentous achievement in a category where I have absolutely no objections to the nominees. Speaking of which: 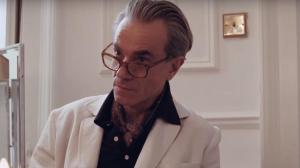 For the longest time in awards season it looked like Phantom Thread was getting absolutely no momentum heading into the Oscar nomination. The film, which was extremely buzzed about had suddenly dipped off the radar screen shortly after it came out and picked up no Best Picture nominations from the Globes, SAG Awards, PGA Awards, and DGA Awards. It had all the makings of a film that was about to be ignored altogether this awards season and I was completely prepared to write about how outraged I was that the film would be snubbed. But then somehow the movie picked up six nominations. And these were significant nominations too, in the major categories of Best Picture, Best Director, Best Actor, and Best Supporting Actor as well as Best Score and Best Costume Design. The film suddenly vaulted from almost forgotten to a major player in the season. And that is great because the film is awesome. But if there is one thing I’m outraged about is that Vicky Krieps who is one of the central pillars of the film along with Daniel Day-Lewis and Lesley Manville is somehow omitted from an best acting nod. But perhaps I’m being too greedy here.

When Rachel Morrison’s name was called in the ceremony, a huge whoop went up in the sleep-deprived crowd. And that was because something absolutely momentous had happened. In 89 iterations of the Academy Awards, only men had ever been nominated for Best Cinematography. A recent study showed that of the top 100 grossing movies of 2017 only two percent of those movies had a female cinematographer in them, by far the field with the lowest female representation behind-the-scenes. So hearing Rachel Morrison’s name is a long-overdue watershed moment for the industry. Of course the industry has a long way to go before coming anywhere close to equal representation in behind-the-scenes roles. But we got one step closer and broke one more glass ceiling yesterday. That’s worth celebrating.

Current State of the Race:

Seeing as The Shape of Water is the only film that managed a nomination in all the major categories (Picture, Director, Editing, Screenplay, Cinematography, and two Actress noms). This, along with the slew of technical awards it hast been nominated for has to make it the favourite right now. Both of its closest rivals Three Billboards (which I haven’t seen yet so won’t comment on) and Dunkirk are both missing nominations in key races with Three Billboards not getting nominated for Best Editing (usually a bellwether award) or Best Director and Dunkirk not getting a Best Screenplay nom. However I wouldn’t call those omissions insurmountable. The rest of the Best Picture nominees should just be honoured to be here.