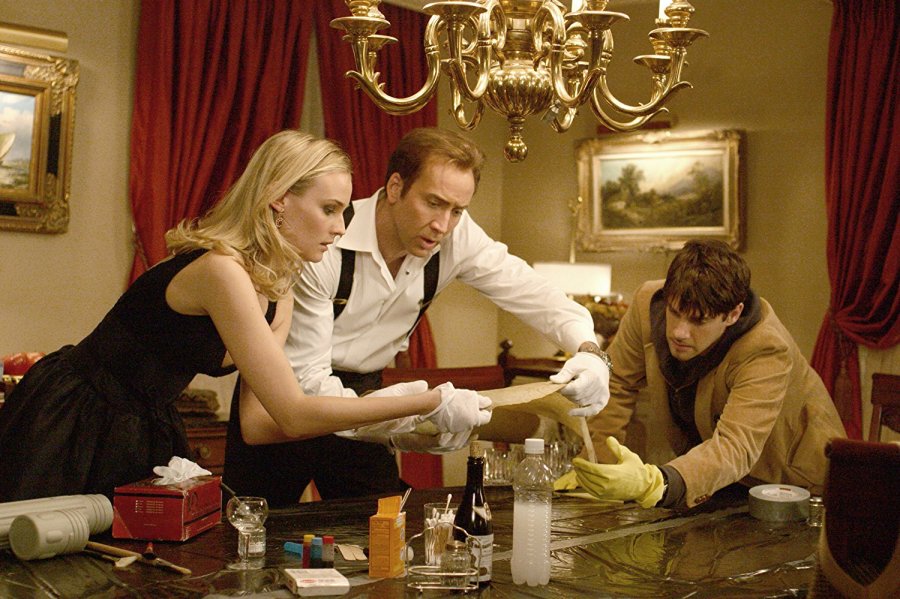 And just like that, I hit post #100. I realize that nobody else cares about that statistic other than me, but here we are. It feels like an accomplishment and I’m going to take it. And as I did with post #50 I decided to make this one more personal than usual. And I decided to confess to all of you the bad movies that I absolutely love.

Some of these movies on this list are objectively bad or at least seriously flawed films that for reasons of nostalgia or the idiosyncratic nature of my interests I have ended up loving. Others are films that have gotten thrashed by the majority of critics and/or the public that I will go to the bat for to defend as being much better than their reputation.

In either case I do this list for two reasons: First, because it is fun. It allows me to go down memory lane to some formative movie watching experiences. When I think about some of these movies, I think about the people that I watched this movie with and for the most part those memories are great ones.

But the second reason is that there has emerged a narrative over the past few years that movie critics are somehow killjoys who have no idea what regular people like. This is of course, a ridiculous knee-jerk reaction that usually accompanies critics either championing a movie that isn’t obviously entertaining or savaging a blockbuster (usually comic-book based) that is obviously meant to be merely enjoyed and not thought about. The reality is that most of us who do write about movies write because we are in fact fans of the medium. Nothing pleases me more than discovering a great movie that nobody has heard about or in finding a blockbuster that got it right (there has sneakily been many more of those in the last few years). But that doesn’t mean that I also fundamentally dislike bad movies either (put a horror B-Movie in my hands and I am there for it). It simply means that sometimes I appreciate bad movies in spite of their inherent flaws and problems. And there is absolutely nothing wrong with that.

(For the purposes of this list, a “bad” movie is one that has been certified “Rotten” on Rotten Tomatoes)

Throughout my entire school career the one subject I would devour was history, so it’s safe to say that Nicholas Cage (at close to peak Cageyness) extrapolating on American history by going on a treasure hunt would always be something of catnip for me. Showcasing more history content than most of the shows on the History Channel, with Sean Bean as the notoriously British-sounding villain (trying to besmirch America by stealing its treasure no less!), and the baby blue eyes of Justin Bartha (the man is gorgeous and I’m not afraid to admit it!) and you have all the makings of the perfect popcorn movie for nerds like me. I mean, these guys end up stealing the actual Constitution in order to save America! How cool is that?

I hate Michael Bay. If I were to put together a list of the worst movies of this century I am sure several of his movies would be shoo-ins for that list (with most of those candidates robots-in-disguise based). He is bombastically American in his filmmaking, frequently sexist in his camera’s gaze, and nonsensical in his storytelling (please, someone plot any one of his Transformers battle scenes, because I certainly can’t). He literally uses explosions to distract us from his movies’ flaws. And yet, I love Pain & Gain. For one movie, Bay seems almost self-critical of his work, as he systematically dismantles American machismo and flips the virtues of the American dream as he tells the story of three lunkheads who try to lie and cheat their way to their fortunes. Sure, the movie may be the perfect epitome of a broken clock being right twice a day, but it sure works.

The notion that an international competition like the Goodwill Games (a fictional competition to begin with) would allow a coach to pick a national side comprised almost entirely of his rural Minnesota pee-wee hockey team and Kenan Thompson is ludicrous. The idea that this pee-wee hockey team would somehow be more prepared than some international teams that have clearly spent months (maybe years) preparing for this competition is even more ridiculous. And as an adult I can clearly see that the movie is basically a beat-for-beat recreation the 1980 Miracle on Ice except that due to the inconvenient thawing of US-Russia relations the “villain” team was switched at the last minute to Iceland (which as Euro 2016 proved are far from the villains of any sports narrative). Some Canadians have also recently pointed out to me that neither the “Flying V” or the “Knuckle-Puck” are viable hockey strategies so this movie is basically built on a house of lies. But man do I love it.

Let’s get this out of the way first. This movie, made in the infancy of the superhero movie (when the superhero movie was still considered a joke to most of Hollywood), manages to tell a more compelling origin story than most modern superhero movies today. It checks so many of the right boxes in terms of establishing the major characters from the get-go especially with the fully formed personalities of the turtles. Its action scenes are inventive and propulsive in nature (with something actually approximating violence). And most importantly, the main villain of this story is a spot-on recreation of the iconic Shredder whose motivation is made explicitly clear with regards to his animosity towards the turtles and their master rat, creating a climactic clash that is filled with high-earned stakes. And as far as a movie made in 1990 about human-sized turtles are concerned, the special effects and puppeteering by the Jim Henson company are exemplary. In short, the classic example of a film that I will argue was slightly before its time and has aged well in light of the plethora of superhero movies that have come since.

Sure Keanu Reeves is absolutely nothing like what John Constantine actually is like in the comics. But Constantine is an important addition in a genre that honestly there should have a plethora of entries: the horror-noir. And though the movie takes so many liberties from the Hellblazer comics (as most pre-MCU comic book movies were wont to do) the movie does one thing fantastically right in that it fully utilizes and unleashes the power of Zen Keanu to kick the butt of demons all while spouting some pseudo-religious nonsense about a Spear of Destiny, the antichrist reappearing, and (naturally) needing to save the world. It also makes the living embodiment of hell the 405 in Los Angeles which is the most apropos depiction of hell I have ever seen. What more could you ask for?

The movie was conceived as nothing more than a cynical cash grab to persuade gullible kids like me to buy the new line of Transformers toys by horrifically killing off almost all of the original line in this movie. But in doing so, the movie suddenly became not only my first real encounter with death (I am one of those nerds for whom the death of Optimus Prime is formative) but also a poignant lesson on the impermanence of things and the crushing inevitable passing of time. So you know, just about everything a grade-school boy could ever wish for in a full-length cartoon about his favourite TV show about some disguised robots who until this movie were well renown for their horribly inaccurate marksmanship. 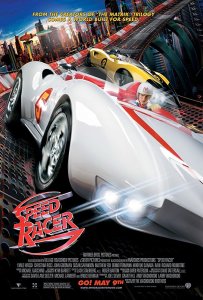 Way before it became in vogue to create feature length adaptations of Japanese anime series, the Wachowski sisters did it first with this trippy adaptation of the equally trippy 1960s anime and quite frankly, nobody has done it better. True, to some people the absolutely insane and unprecedented kinetic visual style was nothing more than migraine inducing and I cannot really argue with those whose cranium literally hurts watching this. But Speed Racer is the glorious and pulpy product of a couple of mad geniuses, and somehow I am apparently in that niche group of people who managed to tune in to the weird frequency they are operating on in this film. And it is glorious.

The further we move into the cinematic universe era, the more Twister seems like a precious relic from the past. It is a high-concept blockbuster movie not based on any franchise or intellectual property that is designed for nothing more than pure entertainment. It marries action with drama and romance effortlessly with a heavy dose of pseudo-science to give it the semblance of smarts while also turning the monotone states of tornado country into an action-packed landscape. It is the highest stakes road-trip movie ever made that plays out like an effortless roller-coaster of a ride. In Bill Paxton (R.I.P.) and Helen Hunt we have what might be the quintessential example of a 90’s couple. But most importantly, it features the most ridiculous Philip Seymour Hoffman (R.I.P.) performance ever and for that I will always be grateful. 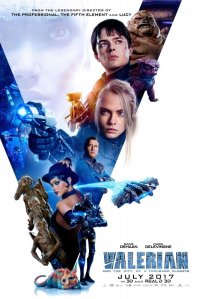 In case you had not noticed with Speed Racer, I have a soft spot for highly imaginative and visual movies that look completely unlike everything that has come before even if they might be somewhat narratively flawed. And this is certainly the case with Valerian & The City of a Thousand Planets. From the get-go the movie drops you into a fully realized and colourful world and propels you through a plot of sheer lunacy with barely any context to help you navigate the plethora of creatures, planets, and culture that it puts you through. It was an audacious attempt to spit back at the safe and market-tested uber blockbusters that Hollywood generally puts out, so of course it failed. But there is something glorious about that.

I realize most of you think that the final instalment of the Matrix trilogy ended on a dud. But you are wrong (my very extensive explanation of why that is the case can be found here). The movie suffers because there was never going to be a way for it to live up to its enormous hype and because we have been primed to think that in a conventional Western trilogy, the good guys are supposed to kick butt and win in the end. But that is not what The Matrix Revolutions is. Instead Revolutions hammers home the futility of violence as a means of ultimate redemption by destroying almost all the myths that made the original movie so popular. It is a movie that suggests that not everyone will welcome their liberators in a true retelling of Plato’s cave – most of the world will choose ignorant happiness over enlightenment. It is sobering, deflating, but also incredibly honest. And that is what makes the movie brilliant.