The movie sequel has had a bad rap ever since its inception, and often for good reason. At its worst, the sequel perfectly epitomizes just about everything that is wrong about Hollywood: a cheap money-grab sanctioned by studio executives to satisfy stockholders rather than borne out of any creative and artistic inclinations. They often exploit the goodwill garnered by the original movie in order to lure unsuspecting audiences to plunk down cash to watch an obviously inferior product. They take away funds and resources that could be devoted to original stories, tie up promising directors and movie stars from pursuing other projects, suck-up all the screen real estate at local cineplexes, and encourage audiences to settle for the safe and familiar rather than be excited by the new. The recent trend of resurrecting any franchise, no matter how old it has been since the last instalment or how tepidly received the original movies were received in the first place, is often cited as further evidence of Hollywood’s increasing creative bankruptcy.

These are all valid points of course, and I frequently cite them myself. Yet there is no denying that for all the irreparable harm the increasing proliferation of movie sequels has done to the art-form, sometimes sequels can be very, very good. Sometimes they even exceed the original, and in a few rare cases can rank among the best movies of all time. So rather than dwell on all the ills of Hollywood’s sequelitis, I figure let’s celebrate the sequels that make the whole enterprise worthwhile. 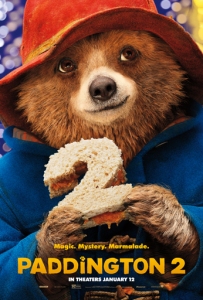 The truth is, I’m not sure where to put Paddington 2 on this list. On the one hand it seems too new to bump up into the official Top 10, having just been released in North America in January 2018. But of the plethora of movies that I have seen this year, it is the one that has lingered in my mind the most. The movie undoubtedly improves on the already very good original, especially since all of our introductions to Paddington and the Browns have all been taken care of  leaving director Paul King is free to weave a new gloriously charming tale that includes a case of mistaken identity, a stolen book, Paddington going to jail, and Brendan Gleeson learning how to bake. Spearheading a new subgenre of “nicecore“, the movie makes art out of politeness, gentleness, and life-affirmation that it is the perfect antidote to our more hostile times. Honestly this movie could climb higher in subsequent years. But for now, sitting just outside the Top 10 feels just about right. 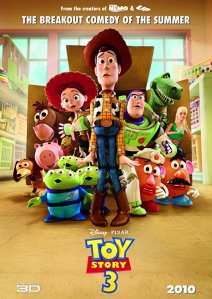 Honestly the only thing keeping me from rolling my eyes at the news of the upcoming Toy Story 4 is that I had the same exact response to the news of Toy Story 2 and 3, and was made to eat my words both times. Toy Story 3 finds Andy’s toy gang having to deal with the existential crisis of what happens to toys when the kid outgrows them as Andy prepares to head off to college. The movie’s frank portrayal of the tail-end of our things in our commodity-based immediately sets it apart as no mere paint-by-numbers sequel while a final chance to hang out with Woody, Buzz, Jessie, Rex, and gang (until Toy Story 4 comes out) makes the final emotional punches of the movie all the more devastating and cathartically joyful. If you didn’t end up a bubbling mess by the end, I question if you would pass the Turing test.

The third movie in the Wolverine trilogy is less of a sequel as it is a systematic dismantling of the myths of the previous X-Men movies and a meditation on the dehumanizing power of violence as a worse-for-wear Logan wills his body and heart into one last mission. Logan is a revisionist Western disguised as a superhero movie as Logan, battered and war-weary, embarks on an escort mission to keep an illegally escaped child mutant out of the hands of the bad guys – but there are no real heroes here either. Just old men, seeing out the end of their days, and trying one last time to rectify their mistakes and find some redemption.

Nolan’s The Dark Knight illustrates exactly why a sequel need not be the soul-crushing death of artistry that it usually is. Building on the already great backstory established in Batman Begins, the movie wastes no time thrusting us deeper into the grounded mythology of Nolan’s Gotham City and more importantly, exposing the cracks in that mythology. And no better character is suited to doing that than Heath Ledger’s Joker – an anarchic force of nature whose complete lack of morals exposes the hypocrisy of everyone else’s moral codes, making the stakes of this movie higher not just from a danger standpoint but an existential one too. Oh and the action is also pretty decent I hear.

In Terminator 2 we see a clear example of what a sequel should do to justify its existence beyond selling more tickets. The decision to make the original model of the Terminator (Arnold Schwarzenegger) which terrorized Sarah Connor (Linda Hamilton) become a protective ally against an even more formidable threat is one of the most underrated masterstrokes in cinema. In addition the decision to have Sarah Connor evolve from helpless damsel-in-distress in the original to heroic badass in the sequel while making her teenage son the new “damsel-in-distress” helps shake up the formula further, providing the perfect canvas to some of the best action scenes ever put to film. 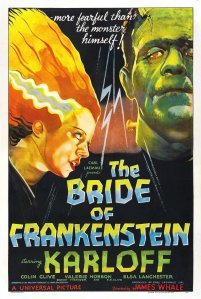 While the original Frankenstein is an iconic film in its own right and along with Dracula is responsible for kickstarting the horror genre in Hollywood, it is the sequel The Bride of Frankenstein that is undoubtedly the more fun movie. While Frankenstein played the story fairly straight and seeking to build some sort of gravitas to the horror, The Bride of Frankenstein is much more interested in simply having a blast. James Whale arguably creates the first true camp classic replete with crazy scientists, homunculi, Frankenstein’s monster engaging in various vices, and finally a truly iconic bride for the monster.

Thirty years is a long time to wait between sequels. In fact until only very recently, one might assume a gap that long would serve as proof of the non-viability of a franchise. We have Mad Max: Fury Road to thank for shattering that particular myth as George Miller returns to his beloved series with a literal bang. Pairing the reclusive and opportunistic Max (Tom Hardy) with the more idealistic and  combat hardened Imperator Furiosa (Charlize Theron) affords the movie a dynamism that the previous instalments did not have. Meanwhile Miller uses the movie as a grand opportunity to deliver a balletic showcase of action choreography, stunts, and all around carnage to shame the boring laziness of most modern action movies. 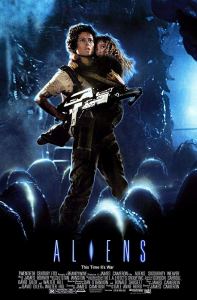 The fact that James Cameron’s name has appeared twice on this list has forced me to reevaluate my general skepticism about the upcoming Avatar sequels because the man has proved himself more than capable of making a quality second act. With Aliens he successfully transitions the horror-house suspense of Ridley Scott’s original Alien into a wall-to-wall action thriller. It is the rare movie where throwing more guns, more aliens, more people for the aliens to kill, more mayhem, and more destruction onto the screen actually works. But the reason that it works is because Cameron understands that above all this is Ripley’s (Sigourney Weaver) story, and much like Sarah Connor before her, this is the movie where Cameron turns Ripley from a mere survivor to a full-fledged action heroine in a genre embarrassingly bereft of them. 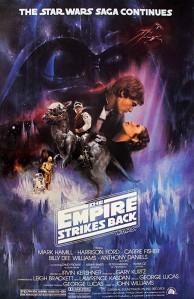 Fanboys who get upset about how the recent The Last Jedi “ruined their childhood” by upending most of their previous Star Wars theories and myths obviously have not remembered how The Empire Strikes Back did the exact same thing so many years ago, including upsetting rabid fans (it had the lowest box-office haul of a Star Wars movie until the recent Solo came along). Of course in the intervening years The Empire Strikes Back has earned the reputation as being inarguably the best Star Wars movie since the original (and maybe even better than the original) and the reason for this is clear: The Empire Strikes Back pulled the rug out from under the feet of the franchise, muddying the waters, and in so doing giving the franchise the nuance needed to keep it going for decades to come.

To be honest, I would have willingly stuffed both Before Sunset and Before Midnight in this position but being forced to choose only one (because of my own dumb rules) I went with Sunset. While the original Before Sunrise was a wonderfully intimate movie about two strangers meeting each other for the first time and falling in love, the movie also reeks of the optimistic idealism of youth. What makes Before Sunset better – set nine years after that chance encounter – is that Jesse (Ethan Hawke) and Celine (Julie Delpy) stumble into each other’s lives again at the perfect confluence where their idealism hasn’t necessarily been squashed out altogether but life has punctured some of their naive enthusiasm giving their romantic conversations the edge of reality. And of course, there is no perfect location to have those deep and long conversations than through the streets of Paris.

When it comes to the eternal debate of whether Part I or Part II of The Godfather is better, I am among those who do think the original is better if only because its singular focus on Michael Corleone’s journey from bright-eyed optimist to head of the Corleone mafia clan is a little bit more compelling. This does not mean however that The Godfather Part II is an inferior movie because it truly is a matter of splitting hairs. Part II is in many ways more compelling as it chronicles Michael’s slow descent from a conscionable mafia boss into an irredeemable monster. In additions the sojourns into the deceased patriarch Vito Corleone the incredible power of the life of crime as he too finds himself drawn inextricably into its path. The movie is a funereal meditation on the evil corruption of power, and more importantly, does exactly what a sequel should do – carry forward the themes of the original to their logical conclusion.

One thought on “Best Sequels”